Morphology in biology is the study of the outward appearance of an organism and the internal structure of its component parts.

As living conditions of humans progress, they became interested in their own body structure, and the structures of the living things around them. This became the basis of medicine. In the old days, it was considered blasphemy to dissect human bodies. Even if scholars took the risk, they could only do so under the support of royal families, or if they were rich nobles who owned castles, they could work in autopsy studios and store dead bodies in underground ice chambers. Researchers gave names and definitions to different external and internal body parts, and compared the body parts of different organisms.

Taxonomy developed on the basis of morphology and anatomy. It is the foundation of biological science, and opens the door to modern biology. 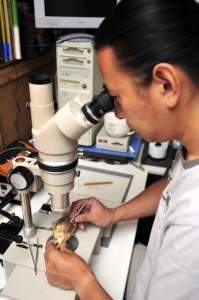 Morphology is the shape and form of an object. Objects or organisms within the same class share similar or common features in form; they are almost the same within the same species. People make use of these characteristics to describe the appearance of different parts of an organism and its organs. This became an important foundation for sorting objects and is now called taxonomy, or “the study of things” in ancient Chinese literature.

Observation and record on the morphology of living organisms

A morphological study is very simple – given that you are not allergic or resistant to the organism. First, pick a kind of plant or animal that you are interested in. You may observe dangerous plants and animals from a distance, or go near those that are harmless. You may even observe them by putting them in your hand, on your desk or inside containers and record their shapes by drawing. You can learn the names and structures of the objects, compare them with other categories, identify their sexes, find out more about their functions and observe changes in the shapes of the creatures at different stages of life.

Reference books on anatomy and taxonomy

Knowledge – Morphology involves large amount of different species, plus special terminology of their body parts. Besides observing and contacting with the actual organism, extensive reading on anatomy and taxonomy of various organisms is required in order to study the target organisms. 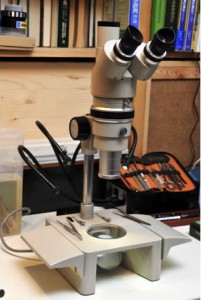 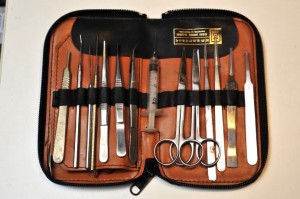 Study tools for recording and observing

Equipment – Besides tools for recording purpose, such as paper, pens and cameras, surgical tools are sometimes needed to observe internal structures of specimens. Various types of magnifying glasses are preferred for smaller body during outdoor observation. If the financial condition allows, microscope and stereo microscope are encouraged for indoor observation.